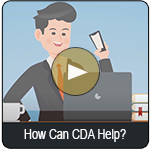 Value of Collections to Businesses & Communities

Businesses, large and small, benefit from third-party debt collection because debt recoveries help them keep costs down and reduce their risk of financial insolvency and bankruptcy that may be triggered by unrecovered bad debt. According to a 2020 study conducted by Kaulkin Ginsberg, agencies recovered $90.1 billion in total debt in 2019.

ACA International is excited to release results of the 2017 Ernst & Young survey which provides an in-depth overview of the economic importance of the third-party debt collection industry on the U.S. and individual state economies.

Based on data from 2016, the report details the industry’s contribution to employment, asset recovery, and other fiscal categories. Since 2013, the last year a similar survey was conducted, the amount of debt collected has increased by 42 percent, which translates to a return of $67.6 billion to creditors in 2016.

Key national findings of this landmark study include: